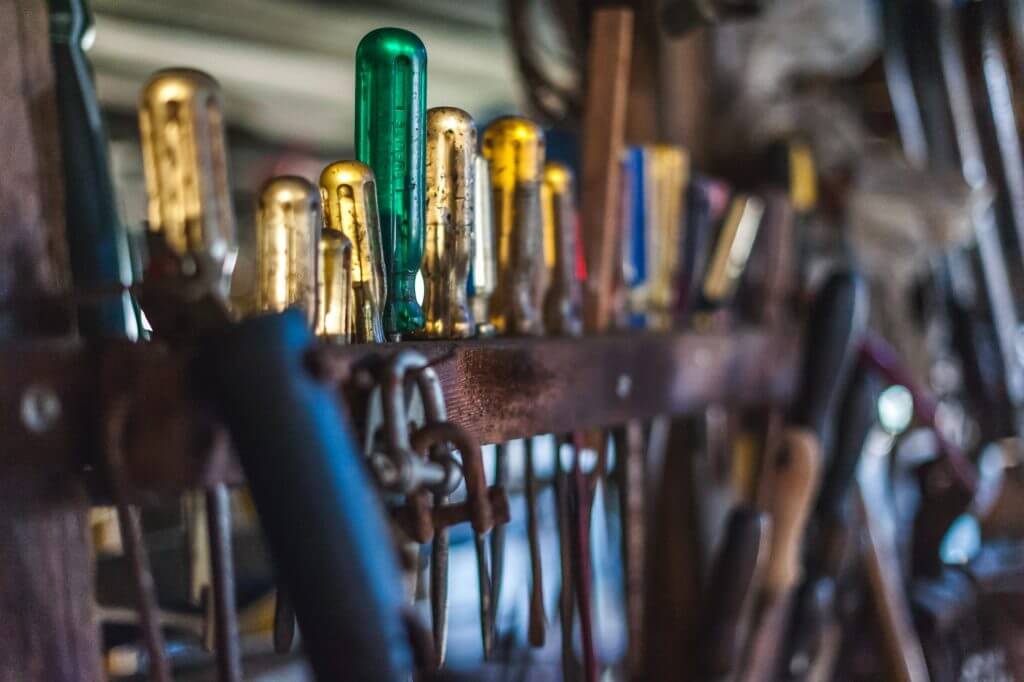 My parents married pretty young by today’s standards; my Father was 19 and my Mother was 20.  They married in March, and in November, along came their first and favorite son — me.  It only took me until college to figure out that there weren’t quite enough months between their wedding date and my arrival into this world, but that’s another story for another time.

About a year after I arrived, they bought their first house.  It was an older home on a lake in Connecticut that was originally built to be just a summer cottage.  It needed a lot of work, to say the least.  It didn’t have any insulation, the windows were drafty and the hardwood floors were pretty rough.  I spent plenty of time having splinters removed from my feet. Like most young couples starting out with a newborn child and a house, money was pretty tight.

Fortunately, my Father was incredibly gifted when it came to repairing things using “Yankee Engineering” to make them work.  Often times, we would use materials reclaimed from different projects for whatever we were working on at the time.  I can remember spending countless hours straightening bent nails that were salvaged from other projects, sorting them and putting them in different cans. Yes sir, by the time I was 7 years old I could tell the difference between and 8d nail and 16d nail, whether it was galvanized or not and could straighten it back to almost “like new” condition.

We did this out of necessity (well that and I’m pretty sure I got on my Father’s nerves and this was a way to keep me out of his hair for a few hours).  We did it because those were the resources we had at the time and because that’s what it took to get the job done.  But, what we saved in material cost us in time and quality.

Fast forward about 30 years, my parents had raised two children, owned several properties and were in a great place financially.  My Father was still using reclaimed materials to work on projects and he was still using tools that aren’t quite right, but got the job done.  A project that should have taken an hour or so took four or five.  He now had the means to complete projects more efficiently and with better quality, but instead, he was still using old tools, methods, and materials.

I find this same mindset in many of the business owners I work with on a daily basis.  Great business people that have built great businesses on a shoestring budget are using the same tools, methods, and materials they used when they first started their business many years ago.  Do these things work?  The answer is yes, but at what cost?  Are they sacrificing quality and efficiency for outdated tools, methods and materials?  While I can’t help with all the tools, I can help when it comes to human resources, time & attendance and payroll processing.  Let me help make your business more efficient, save you time and, in the long run, save you money.  Let me give you the right tool so you’re not pounding a nail with a screwdriver.  Give us a call at (901)752-2422.  Let’s talk for 15 minutes and let me show you the value in using Patrick Payroll as a tool for your business.